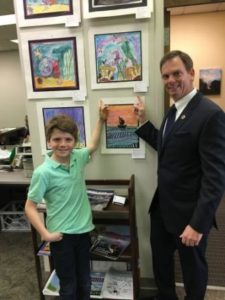 Bill DeSteph is a pragmatic, compassionate veteran, entrepreneur, leader, and father, whose chosen pursuit is to serve and protect our nation’s citizens. He has devoted his entire career to assessing critical problems, devising prudent strategies, and executing innovative solutions. As Senator representing the 8th Senate District, he brings a proven record of accountability and economic development to the Virginia General Assembly.

A Desert Storm veteran, DeSteph proudly served in the United States Navy, both as a chief petty officer, and later, as a naval special-warfare intelligence officer. He later joined the defense technology firm AMTI as a senior vice president and co-owner, where he assisted in the growth and eventual sale of the company. From 2003-2013, he served on the Virginia Beach City Council, where he earned a reputation as a fiscal conservative who consistently fought for government transparency and accountability. Bill DeSteph has given his time and resources to the city of Virginia Beach for years, coaching youth sports as well volunteering for the Children’s Hospital of the King’s Daughters, Prevent Child Abuse Hampton Roads, the Noblemen, Hampton Roads Community Care and the Naval Special Warfare Foundation. He also serves on the Boy Scouts of America Tidewater Council Board of Directors and is an active member of Law Enforcement United, participating in the annual “Road to Hope” bicycle ride for many years.

Bill believes in smaller, smarter government, and works tirelessly on behalf of the citizens of Virginia Beach to promote public safety, free-market capitalism, energy independence, and private-sector job creation throughout the Commonwealth and our great nation. 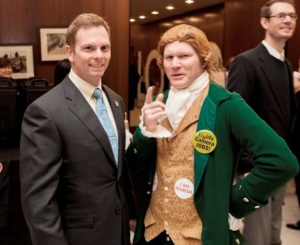 Vocationally, Bill has been engaged in homeland security at the federal, state, and local level, which provides him with a unique understanding of complex policy issues, as well as the support, training, and resources needed to protect our families.

Over 20 years ago, he joined the United States Navy as an enlisted sailor, working his way up to chief petty officer. Upon earning his Bachelor of Science degree from the University of Maryland, he was commissioned as an intelligence officer and Naval Special Warfare Intelligence Officer. 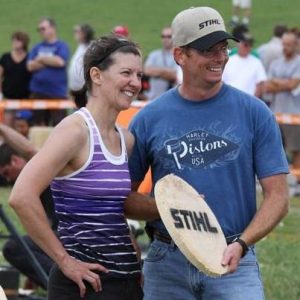 After his naval career, Bill easily transitioned into the corporate environment, leveraging his operational, technical, and tactical skills into the business world. In 1999 he joined AMTI, headquartered in Virginia Beach, as senior vice president and co-owner, where he helped transform this 20-person defense-technology corporation into a leading national supplier of professional and technical services with over 600 employees, 6 satellite offices, and 23 additional client-site locations.

AMTI was recognized as the ninth fastest growing business in Virginia (2003) and continues to flourish as a direct result of his leadership and guidance.
In late December of 2006, AMTI was sold to SAIC Inc., a 45,000-person, $9 billion company. This was truly an American success story. Today, Bill mentors neighboring companies to help enhance the local economy and provide new job opportunities.

Bill has continually demonstrated his commitment to serving the citizens of Virginia Beach as well as the Commonwealth, by fighting to maintain low taxes, carefully reviewing municipal expenditures as a member of Virginia Beach City Council, and reaching across all lines to help make Virginia Beach and Virginia a more dynamic place for citizens, business owners, and our military community.

Bill continually seeks opportunities to raise public awareness and improve the general welfare and constantly works to secure a prosperous future for our Commonwealth and our great nation.