Jill Eyler’s dedication, skill, and excellence have distinguished her throughout a varied career across states, industries and disciplines.

Jill currently serves as the Chief of Staff to Senator Bill DeSteph, after previous roles in his various campaigns. Prior to DeSteph, Jill was the Legislative aide to Delegate Bob Purkey, a senior representative and Chair of House Finance. She is also the current president of the Beach Suburban Republican Women’s Club.

A New York native and graduate of Colgate University, Jill began her career at DoubleDay Publishing in Manhattan before transitioning to Toyota Motors Sales USA in Los Angeles. In her spare time, Jill is a tennis-player, ice-cream aficionado, devoted wife, and mom to two amazing daughters. 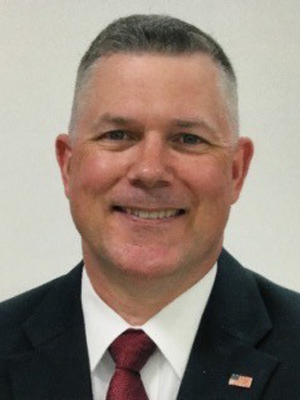 Scott started as a Legislative Aide to Senator DeSteph on January 1, 2020.

He previously served with the Virginia Beach Police Department for 27 years, retiring as a Police Lieutenant in the Department’s Detective Bureau.

He serves on the Officer Down Memorial Page’s Board of Directors and was a founding member of Law Enforcement United.

Samantha grew up in Northern Indiana and attended Purdue University. After graduating with a bachelor’s degree in Political Science and Economics, she moved to Virginia Beach.

After being a part of a successful Congressional campaign, she transitioned to working for the 2nd Congressional District of Virginia. For the Congressional office she served as the District office Staff Assistant and the Veteran Affairs/Active Duty Military Caseworker. Regan Roberts grew up in a Navy household and is passionate about community engagement in Hampton Roads. After graduating from Dartmouth with a degree in economics and sociology, Regan pursued a sales role based in San Francisco at German business software company SAP America.

She then returned to Virginia Beach to pursue her passion for civic involvement. Regan has previously been involved in a variety of campaigns and offices for local officials at the city, state and federal levels.

Regan’s hobbies include travel, photography, and beach time with her family’s husky.